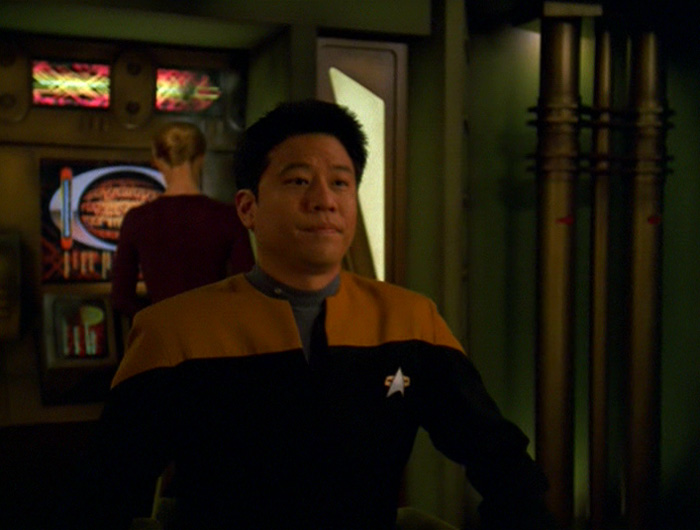 Harry Kim takes command of an alien ship which has lost its officers in an attack.

Jack's Review
Very cool episode overall. My only complaint is the way they veer off on Harry's character a bit. He is not arrogant but they made him act that way for the story. I would think he would be a bit more insecure about his first command. However, Garrett Wang does a great job anyway.