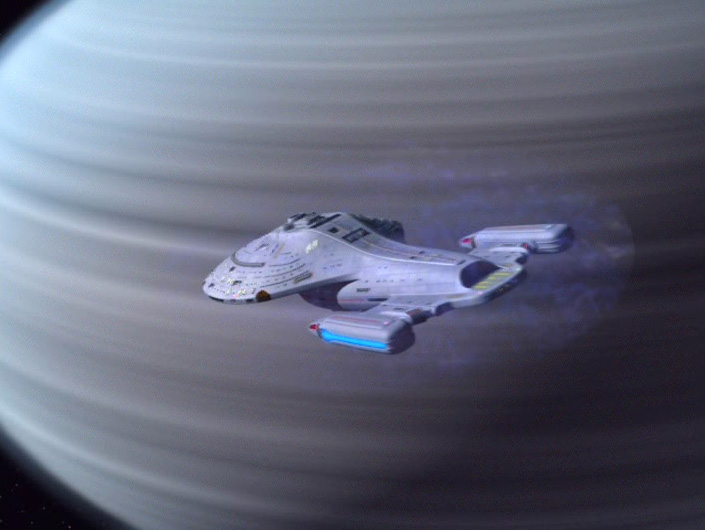 Blink of an Eye

Episode:612
Blink of an Eye

Voyager is trapped in orbit about a planet with a space-time differential such that, while its inhabitants live through years, Voyager experiences mere minutes. The title of this episode is based upon that of a 1968 episode of Star Trek entitled Wink of an Eye, from which the concept of a race who live at a faster time-rate than the outside universe is borrowed.

Jack's Review
An amazing episode. Awesome story and premise. The only flaw is the speed at which the episode ends.