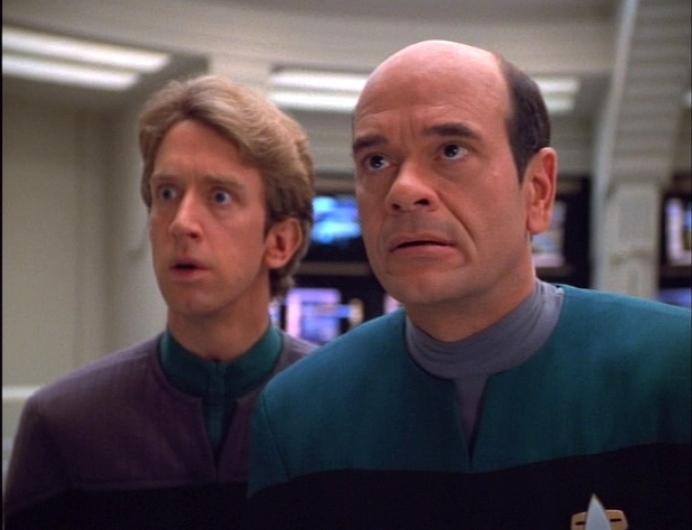 Message in a Bottle

Episode:414
Message in a Bottle

The Doctor's program is sent to an advanced Starfleet vessel via a vast ancient communications network, but he soon discovers that only he and the ship's own EMH remain to fight against Romulans who have taken over the ship and are attempting to return to Romulan space with it.

Jack's Review
First of all, I hate Andy Dick, so my hopes were dashed when I saw his name in the opening credits....but man was I proved wrong! Terrific episode! Another well played comedic performance by Robert Picardo as well.