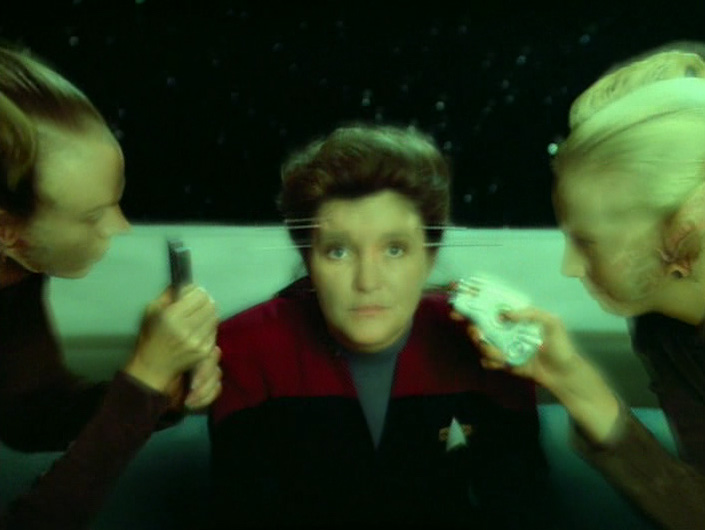 The crew have unexplained illnesses as they are closely observed by unseen intruders.

Jack's Review
Such a killer concept! A race of morally immoral scientists performing live gene experiments on the crew! The episode has a certain qiality I have come to expect from David Livingston directed works as well. My only quibble is the ease at which Voyager passes between the binary pulsar with her shields down. Still it does make for a dramatic end to a great episode.