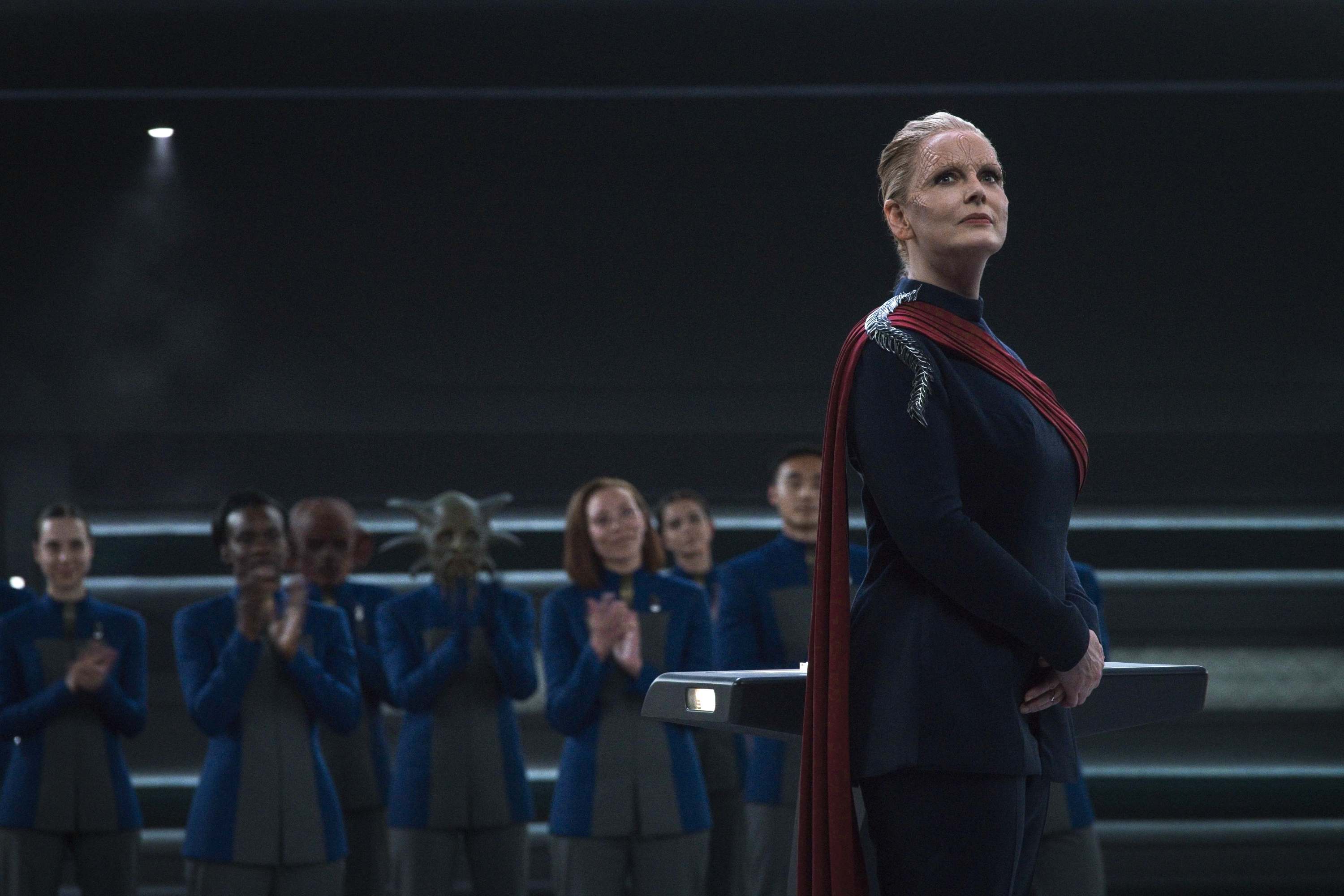 After months spent reconnecting the Federation with distant worlds, Captain Michael Burnham and the crew of the U.S.S. Discovery are sent to assist a damaged space station.

Jack's Review
Okay - I am going to get the two things I really dislike about Discovery out of the way in this first review.....Let me start off by saying that I still dislike the fact that Burnham was made captain after her antics from season 1....you remember - staging a mutiny, starting a war, getting her captain and countless others killed, being court-martialed....all that stuff. Also, as a professional designer, I can state that I absolutely detest the detached nacelles on the new ships. The writers even exposed it as a vulnerability in season 3 - just a few episodes after the things debuted on-screen. It's the laziest possible solution to "How do we make future spaceships look even more futuristic?" - that being said, I will now digress into the review of the first episode. The episode has a nice Star Trek feel to it. Problem to be fixed, away mission to rescue people, peril and the unknown, nosy politician trying to horn-in on the captain's decisions. I just wish the show was episodic and not serialized because I fear this gravitational anomaly storyline will fizzle about two-thirds through the season - but I do hope I am wrong. The crew of DISCO is moving along nicely and the bridge crew is starting to feel like a real crew and not a bunch of characters that get random speaking lines from time to time. Book continues to be a terrific character, as does Adira. Overall, a decent start to the fourth season overall.