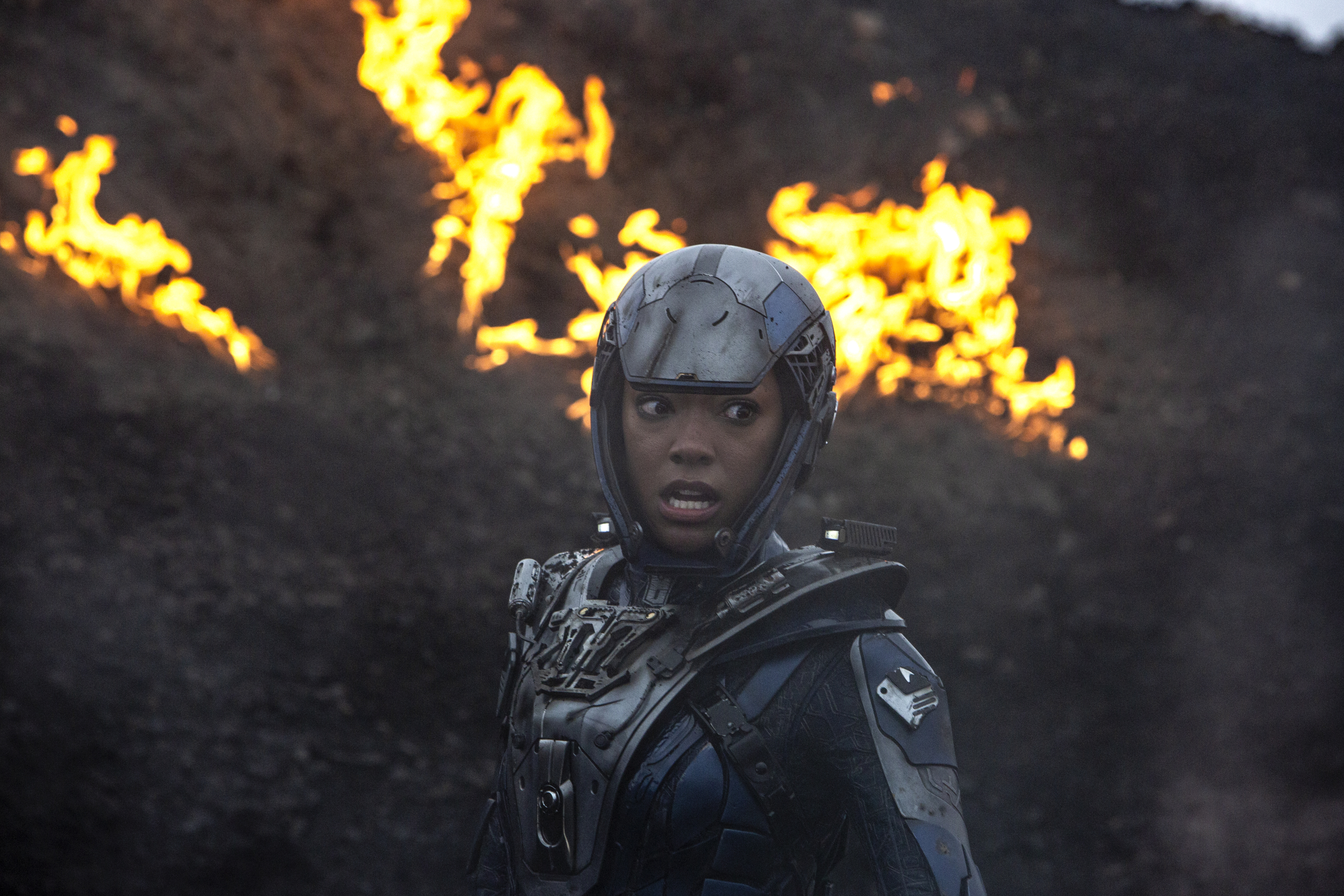 That Hope Is You, Part 1

Arriving 930 years in the future, Burnham navigates a galaxy she no longer recognizes while searching for the rest of the U.S.S. Discovery crew.

Jack's Review
A great start to the season. I haven't said anything about Sonequa Martin-Green's acting until now, so here we go. She has a very strange range. Stoic and maddeningly superior one moment, crying like a teenager in another. She plays the character well, but I am not sure if I am a fan of her acting style. The superfast talking gets on my nerves too. Now, that is out of the way, so I need to give her huge props on this episode. The way she acts after getting hit with that gas is hilarious and overall the episode is a blast.