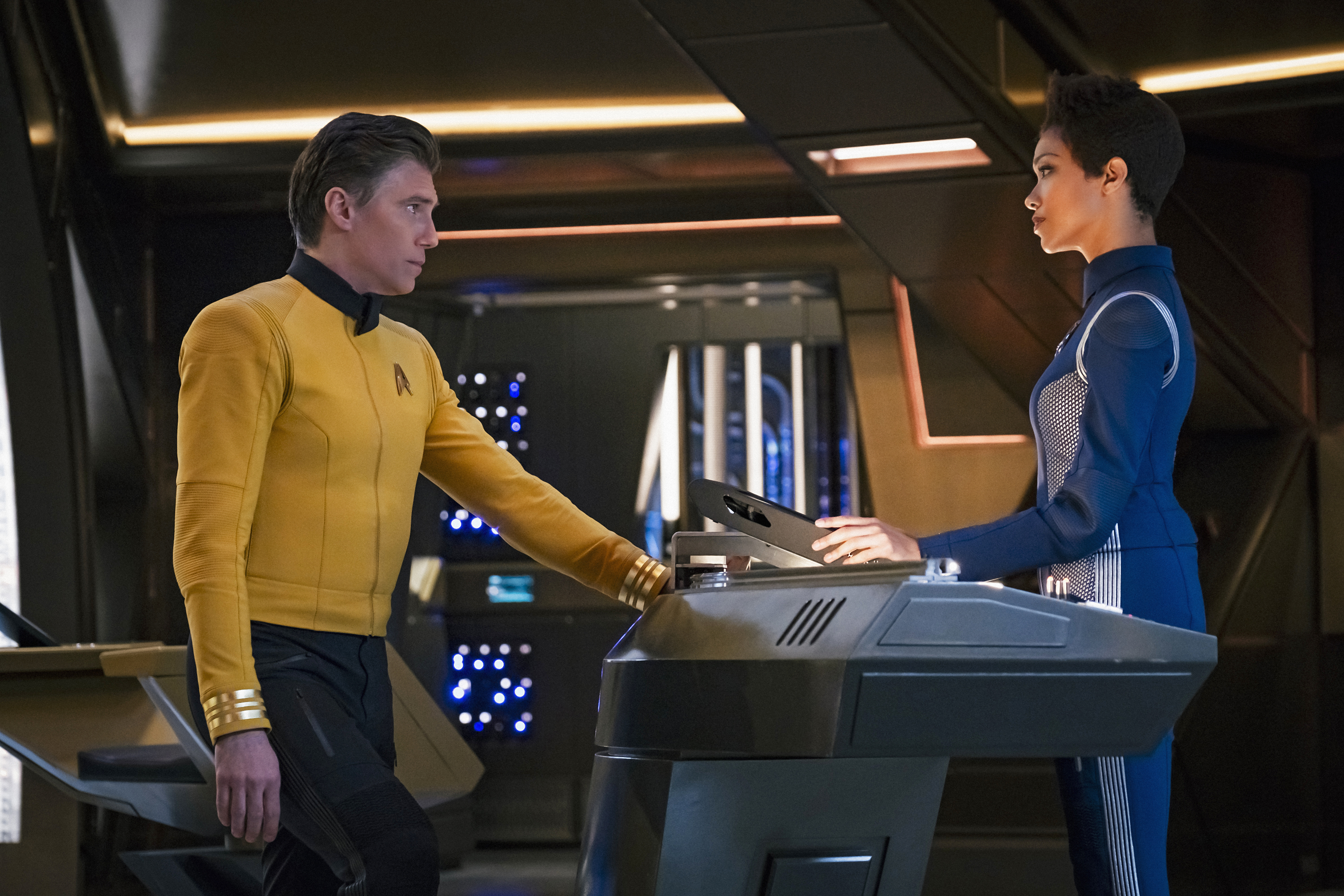 The U.S.S. Discovery welcomes aboard Capt. Pike and begins a mission to investigate the red signals.

Jack's Review
Welcome to the show, Anson Mount. The addition of such a charismatic actor as one of the most beloved and underused Enterprise Captains is a stroke of genius - and actually one of two things that holds this messy season together. Season two feels like the writers are getting their space-legs, but the serialized story is fairly weak, and the plot wears thin after a while. Fortunately the aforementioned charisma of Anson Mount as Pike and the prodigious skill of Doug Jones as Saru keep the season afloat. Ethan Peck plays a great Spock - but not until the final moments of the season and that is 100% not his fault. The writers just refuse to do their research and taking THE most iconic Trek character and playing him so opposite the character we know so well was a mistake. I am therefore quite happy to see that Ethan has the chops to play Spock in the same vein as Nimoy on the original series.