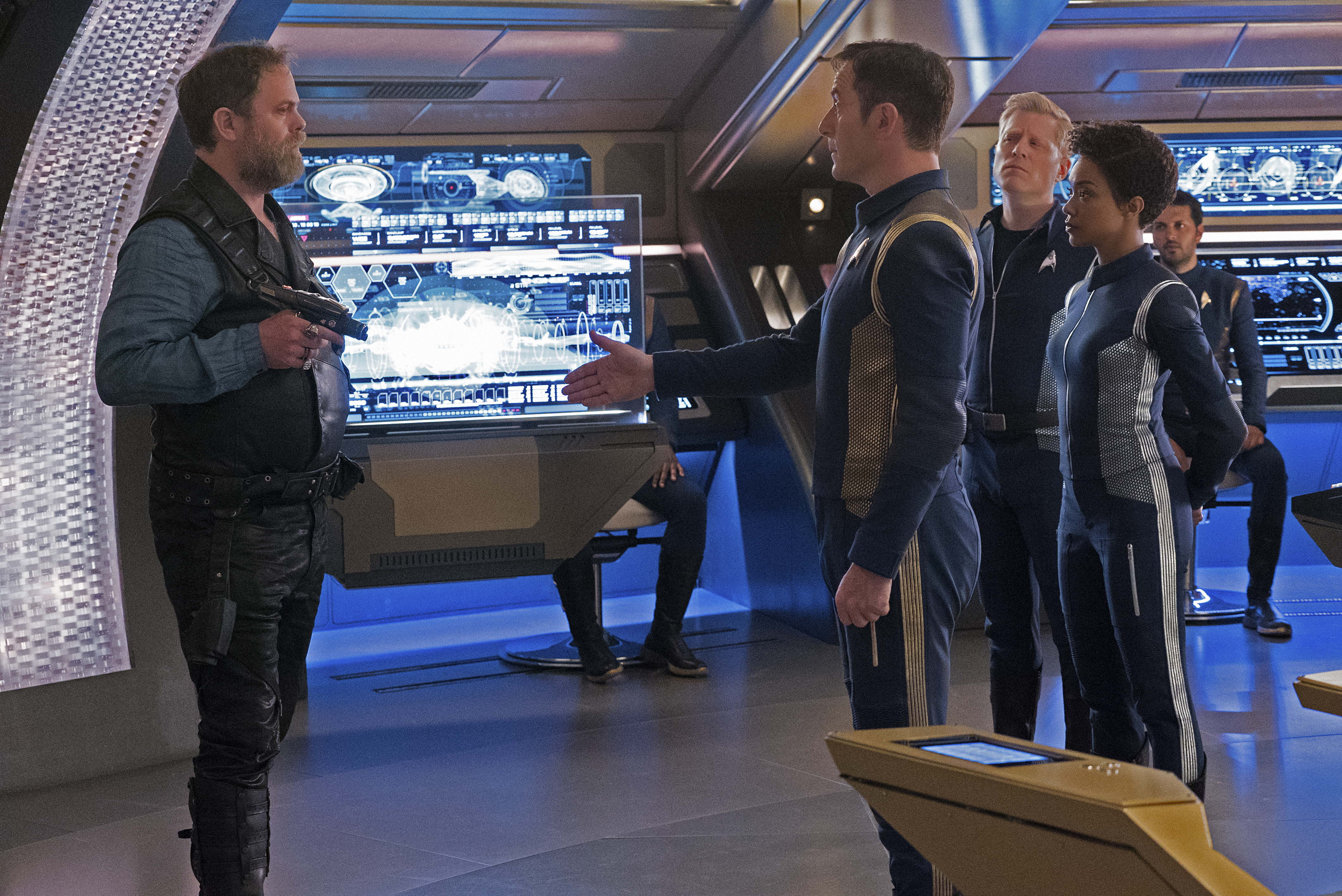 As the crew attempts to let loose at a party, Harry Mudd triggers a time loop that repeatedly destroys the ship and kills the crew in an effort to learn the secret of the spore drive and sell the Discovery to the Klingons.

Jack's Review
Easily the best episode of the first season of Discovery. A stand-alone episode that actually begins to develop the characters. Wilson's Harry Mudd is a riot and the overall comedy of the episode is terrific.