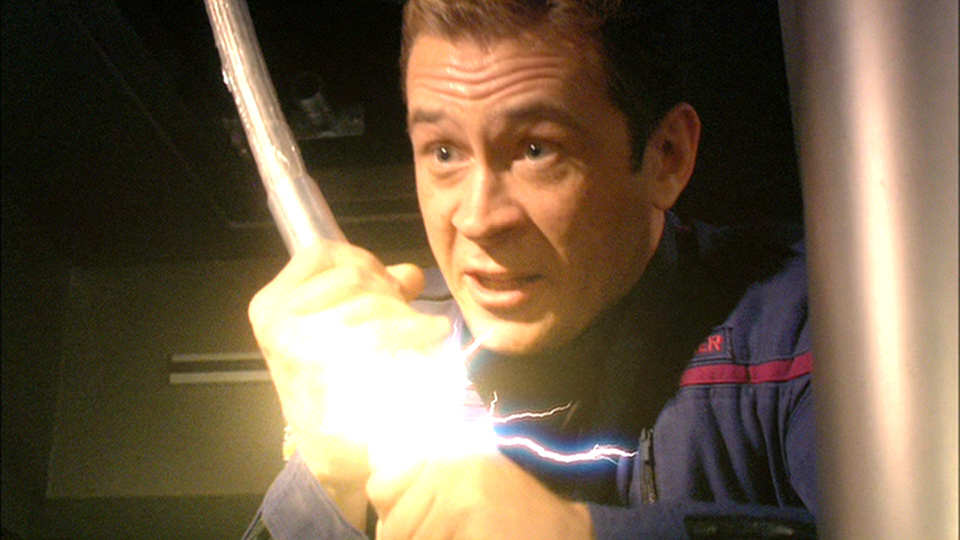 These Are the Voyages...

Two centuries in the future, two crew members of the USS Enterprise (NCC-1701-D) (Commander William Riker and Counselor Deanna Troi) observe a holodeck creation of the final voyage of the NX-01 in 2161 (six years after the events of Terra Prime) as it returns to Earth for decommissioning and the signing of the United Federation of Planets charter.

Jack's Review
Well, here we go. I really like this episode overall. There are a few things I have to point out as negatives. Shoehorning a TNG story into Enterprise felt like a slap in the face to a terrific series. They deserved an unfettered end story. Troi spilling the beans on the upcoming death in the episode is a storytelling faux pas. Ending the show without hearing Archer's speech shows some disdain for the character. The aftermath of the death seems downplayed. The rescue mission felt forced even if it was pretty cool. The wink....I read up on the aftermath and I like where the novels after Enterprise took the character in question - but the death was rather pointless without giving viewers a notion - other than inferring what the wink meant - of the character's actual fate. Still a great episode with some great acting.