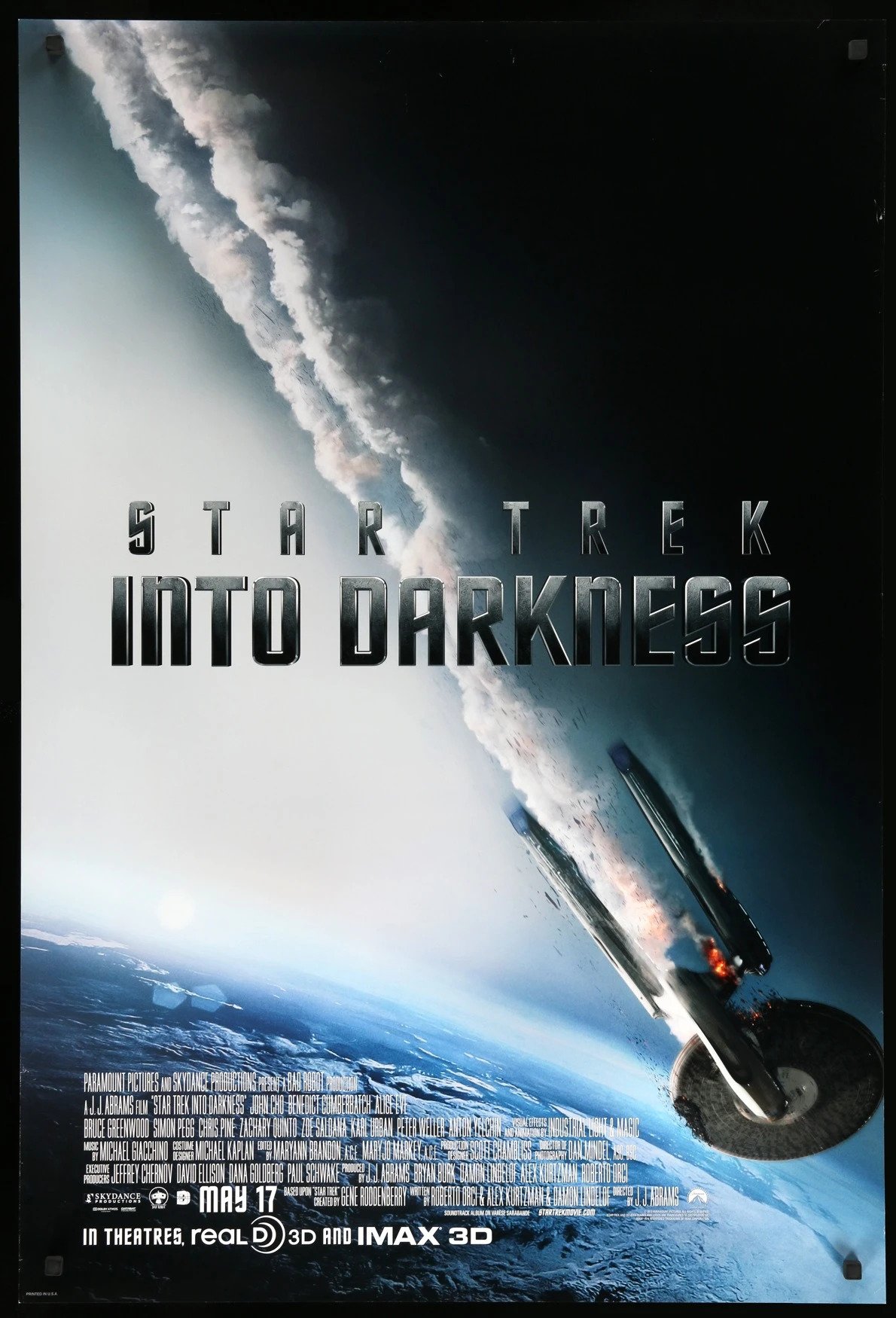 
After the crew of the Enterprise find an unstoppable force of terror from within their own organization, Captain Kirk leads a manhunt to a war-zone world to capture a one-man weapon of mass destruction.

BACK TO THE FILMS

Worst Trek movie, period. I said before that JJ Abrams can't tell an original story, and here is living, breathing, pulsating proof. We should have been given an original story. Instead we are given a half-baked series of vignettes cobbled together by a half-wit director and a writing team that should have been stranded on a desert island in the early 90s. Into Darkness is a slap in the face to anyone that loves Star Trek. What do I mean? Recasting one of the most Iconic villains in science-fiction and attempting to retell a story that didn't need retelling or reimagining. Reversing the roles of Kirk and Spock for the reactor scene shows how little Abrams understands the franchise. The only reason Spock could do it in Wrath of Khan is his Vulcan physiology enabled him to survive the radiation long enough to complete the repairs. Kirk would have died in seconds. In Wrath of Khan the film ends on an emotional note - Spock sacrifices himself to save the entire ship and crew...showing us that the price of victory is often too high to fathom. In this Abrams mess we see Kirk bumble around in the reactor and Spock screaming in what has to be the worst facial expression in cinema history (see screen shot below) - only to then chase our not-Khan character for a pointless fist fight action sequence that completely destroys the emotion of Kirk's sacrifice. While this deluge of pointlessness is assaulting our eyes, McCoy finds a Tribble...one that didn't multiply like crazy for some reason - that is inexplicably (plot device) dead - then for no reason (plot device) he injects the dead thing with not-Khan's blood which brings it back to life for absolutely no reason other than bad writing and poor plot device reasons. So, in JJ Trek nobody will ever die again! All McCoy has to do it figure out what makes not-Khan's blood bring things back to life and....See what I mean? A mess. The only scene I actually like is Simon Pegg running to the airlock controls. Funny scene.

This film ties with Rian Johnson's disgusting Last Jedi mess as my least favorite film in history. What could have made it better? Cumberbatch should have been one of Khan's followers who leads the Enterprise - through false pretenses - to find the Botany Bay adrift in space. Then we get to see Cumberbatch coerce Admiral Marcus into helping him try to free Khan and the rest of his followers while being thwarted by Kirk and company. At the very end we see Khan still frozen in his pod. No goofy reactor scene or tribble or blood injection needed.

TOP
© MyTrekSite.com • MyTrekSite.com is not endorsed, sponsored, or affiliated with Netflix, Paramount Plus, CBS Studios Inc. or the Star Trek franchise.
All STAR TREK trademarks and logos are owned by CBS Studios, Inc. Visit the creator's site for more nerd stuff.
HAILING FREQUENCIES