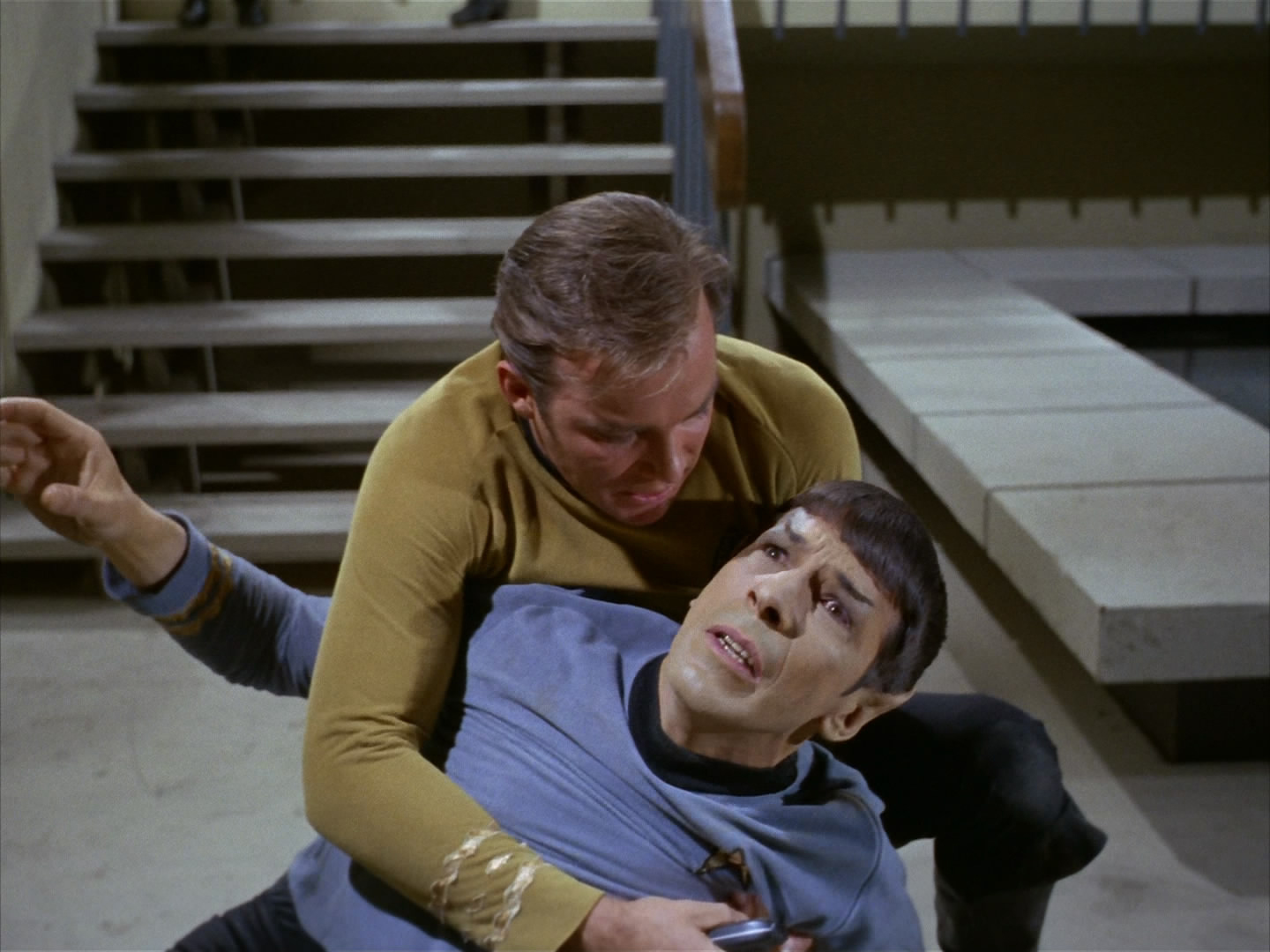 While investigating the death of Kirk's brother and other colonists on Deneva, Spock is attacked by a flying creature that attaches itself to its victim's nervous system.

Jack's Review
This one terrified me when I was a kid. The fried egg-like creature just repulsed me so much! This is a fantastic episode. You can't help but care for Spock and feel bad for the mistake McCoy makes at the end. In the original script for the episode, there is no mention of the parasites being vulnerable to light. The Enterprise was able to locate their home planet and destroy it with two "Planet Wrecker" missiles. This results in all of the parasites dying everywhere. While that might have been a cool ending, the one we ended up with is much better. There is also a deleted scene (in the Roddenberry Vault) that shows Kirk's nephew, Peter, sitting in the Captain's chair in a command uniform talking about his future with Kirk.