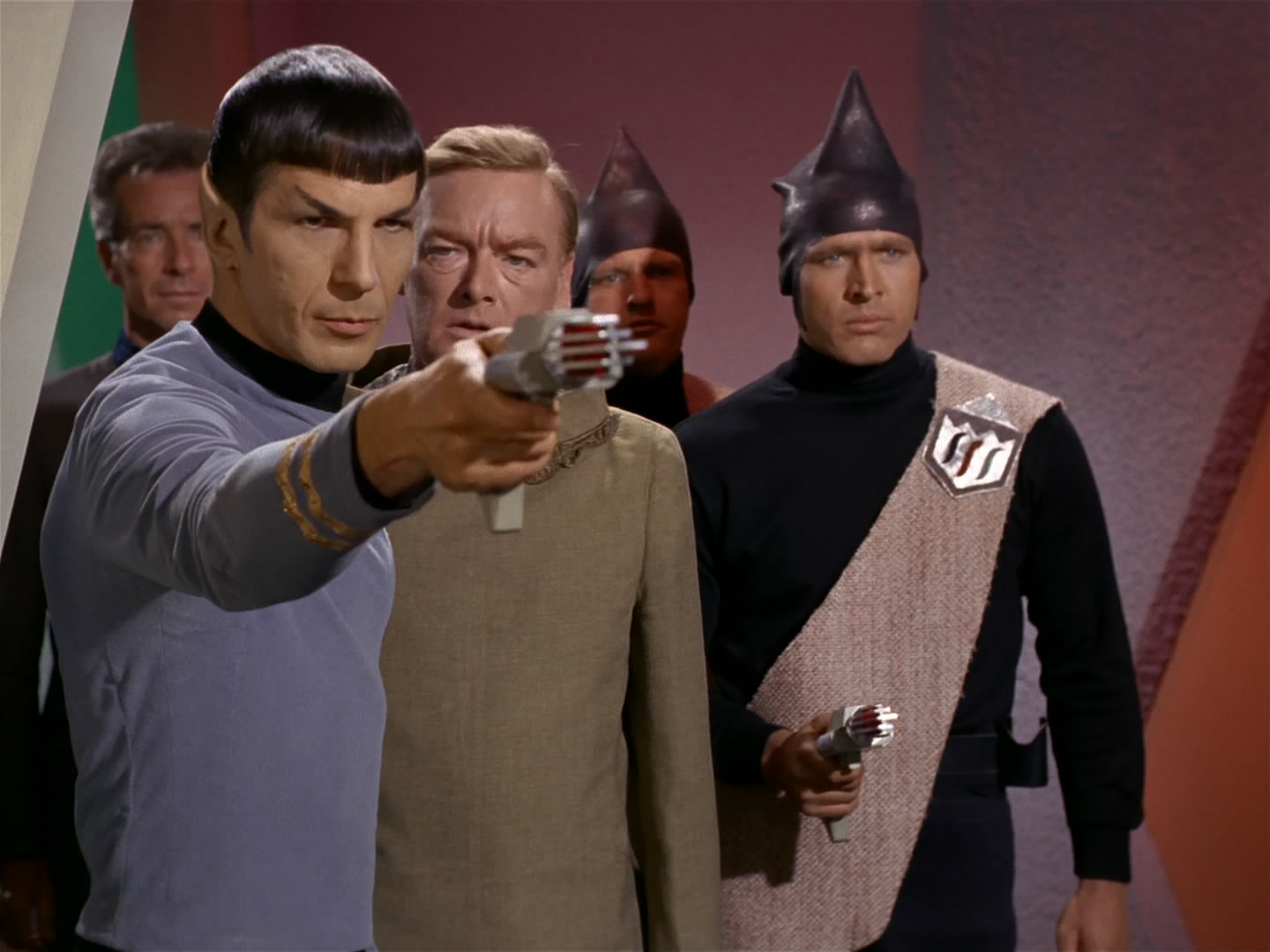 A Taste of Armageddon

Episode:1x23
A Taste of Armageddon

After the Enterprise is declared a victim of an interplanetary war fought only in the memory banks of opposing computers, Kirk and Spock force the warring planets to face the destruction of real war or settle their dispute.

Jack's Review
A great anti-war episode that really stays focused without feeling like a Vietnam rally....I have always liked the imagination with which the writers tackled the computer-driven war.