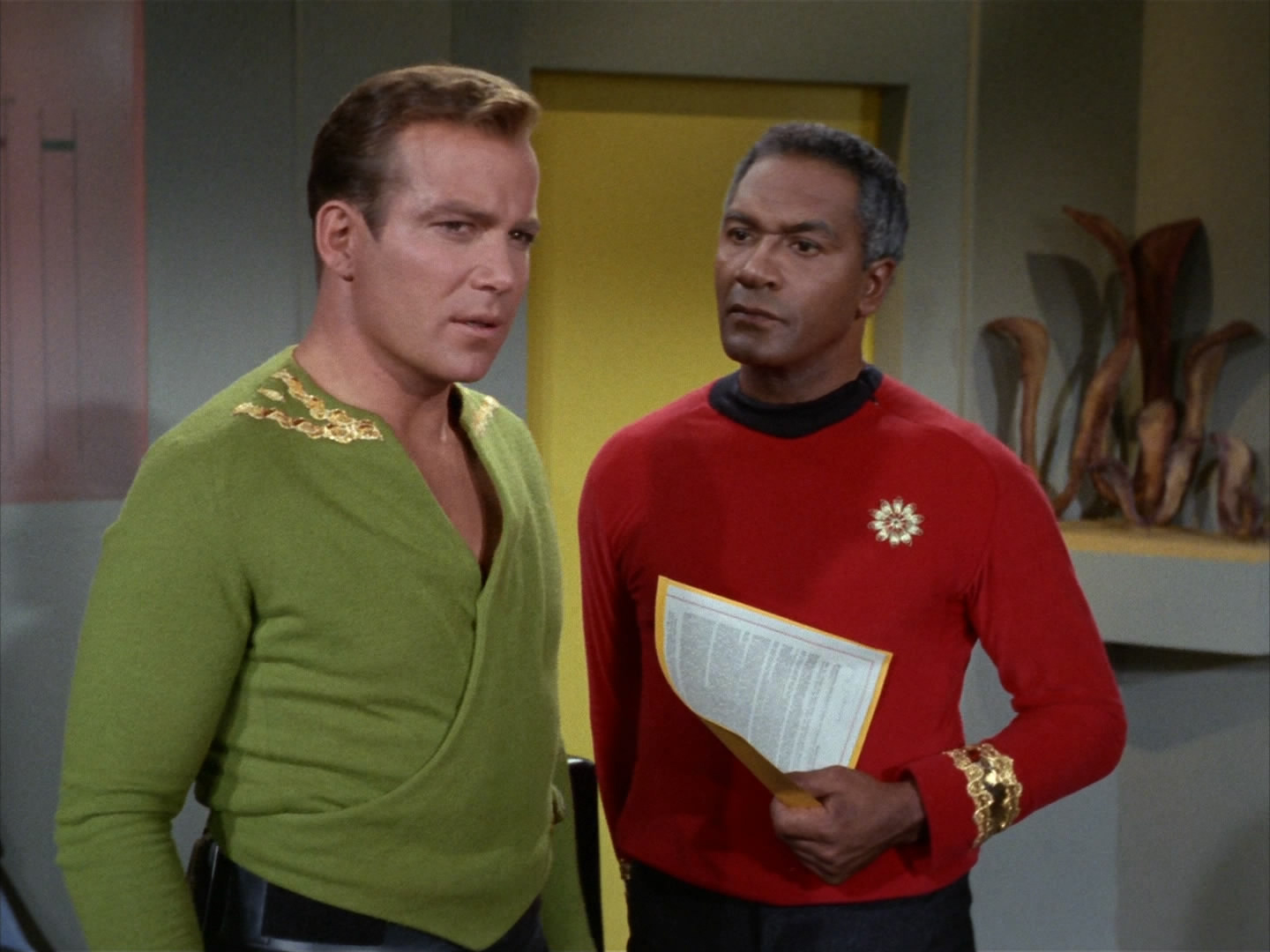 Kirk is charged with negligence in the death of an Enterprise crewman, but is later acquitted when Spock discovers that the crewman isn't really dead.

Jack's Review
I typically don't much like the courtroom drama episodes....I mean, this is Star Trek! I want to see warp speed and phasers and photon torpedoes and aliens....But as is true with each Star Trek series, there is always a really good court-based episode ["Measure of a Man; TNG], and this is the one for the original series.