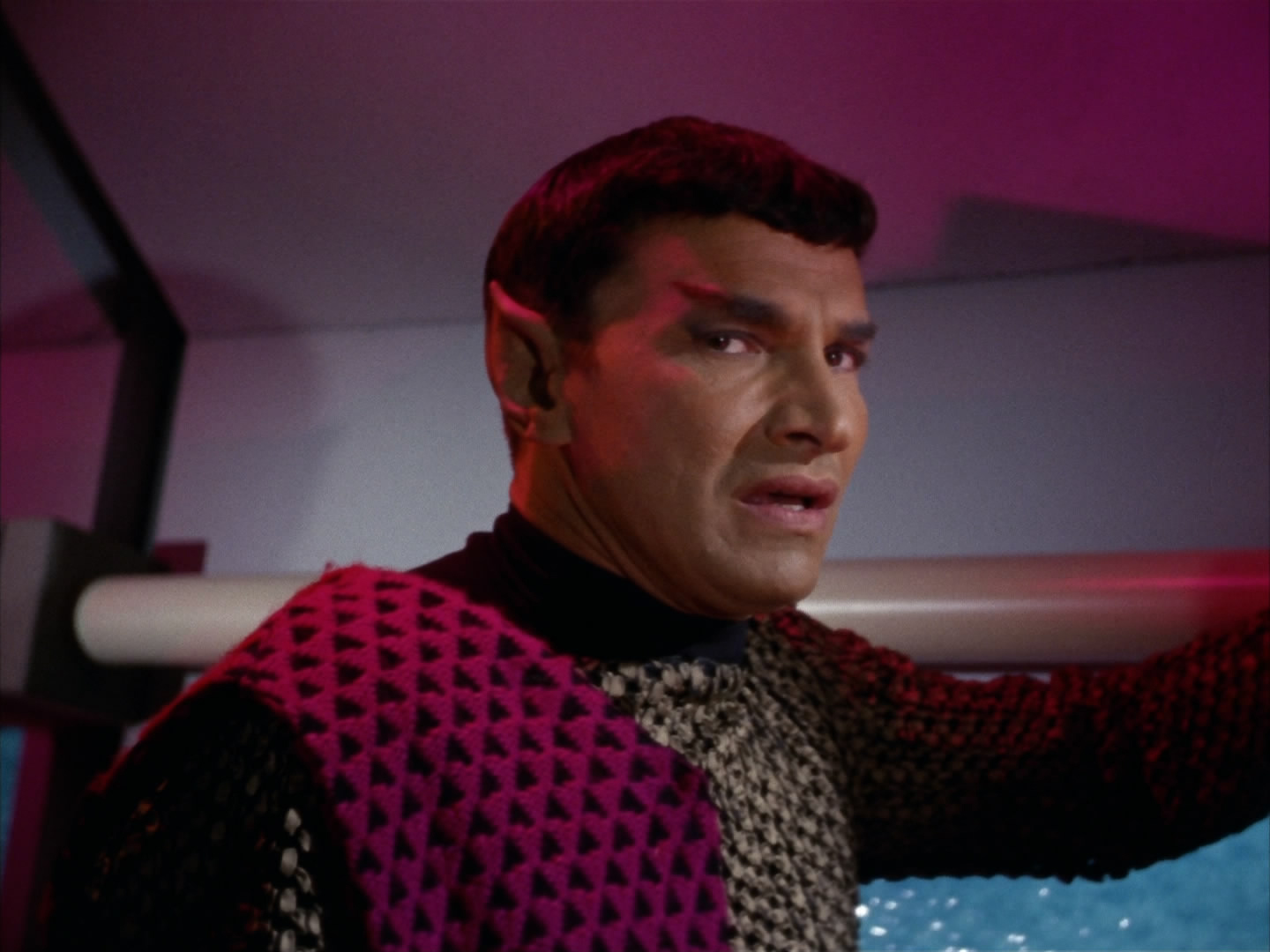 A Romulan Bird of Prey attacks the Federation outposts near the Neutral Zone, starting a cat-and-mouse confrontation with the Enterprise.

Jack's Review
Phenomenal...epic...awesome. We get our first glimpse of the newest and what would become the most deadly enemy of the Federation. Mark Lenard, mostly known for his role as Sarek, Spock's father, shows up as the Romulan commander. Did you know he also plays the lead Klingon in the beginning of Star Trek The Motion Picture? While this episode is often referred to as the "Run Silent, Run Deep" episode (the 1958 film starring Clark Gable and Burt Lancaster), it is actually closer to "The Enemy Below", starring Robert Mitchum and Curd Jürgens from 1957.