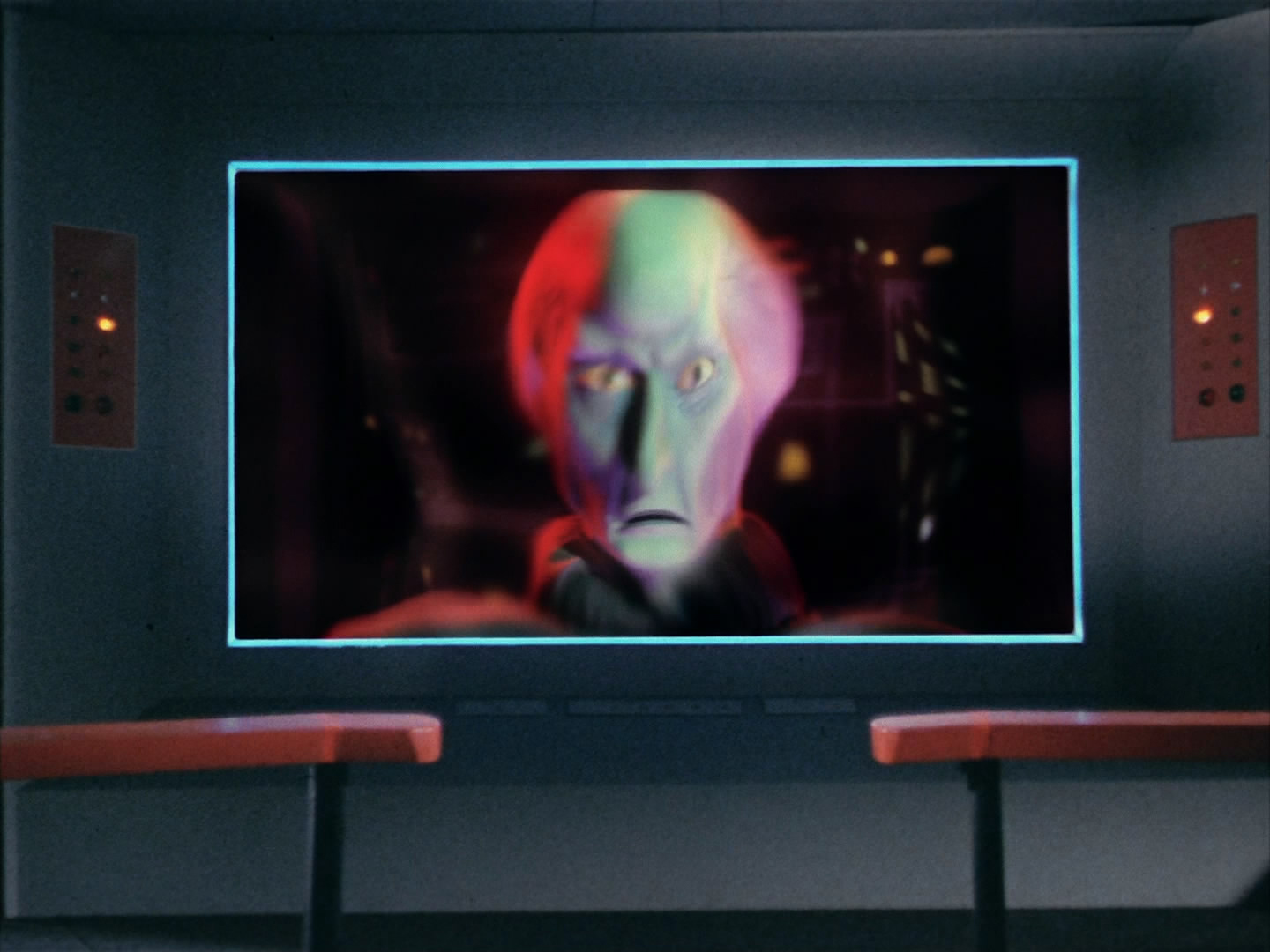 A powerful ship captures the Enterprise, but it is just a test to learn the Federation's intentions.

Jack's Review
This episode contains what is perhaps one of the most iconic images in the sci-fi genre (see screenshot). Loads of suspense and intrigue make the final meeting with the alien that much more satisfying. Interesting fact: Balok is played by Clint Howard, younger brother of Ron Howard. Clint also shows up in DS9 "Past Tense Pt II", plays a Feregi in "Acquisition" on Enterprise, and most recently an Orion character on Discovery.