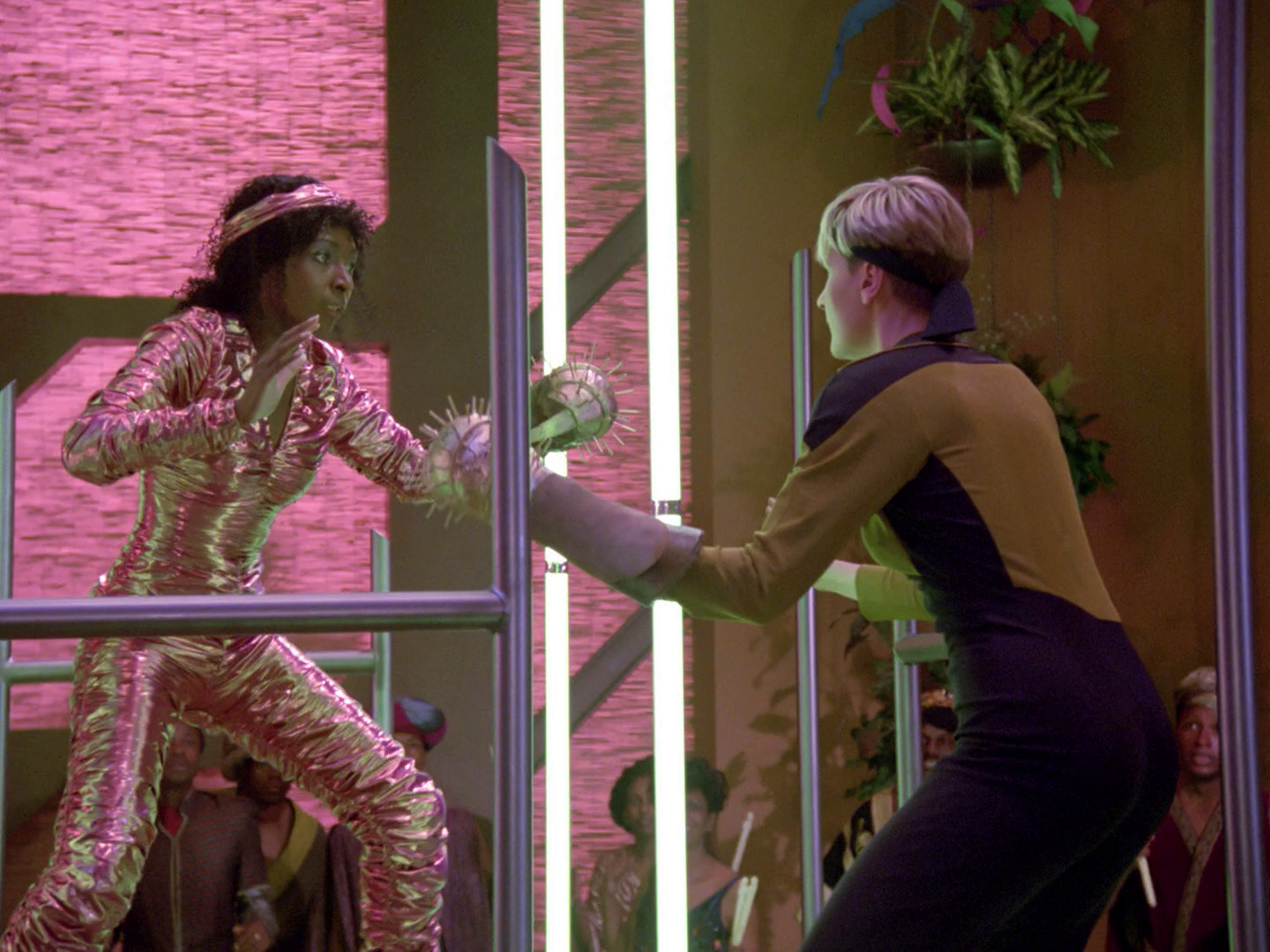 Lt. Yar is abducted by the leader of a people who abide by a strict code of honor, which requires her participation in a fight to the death.

Jack's Review
Not nearly as bad as you remember, this episode is often referred to as the racist episode....when in fact it is just a silly stereotype episode. While that doesn't make it a good one by any means, the fight scene with Yar on the laser junglegym thing and the rather terrible acting by Denise Crosby in this one does make it one of Trek's worst.