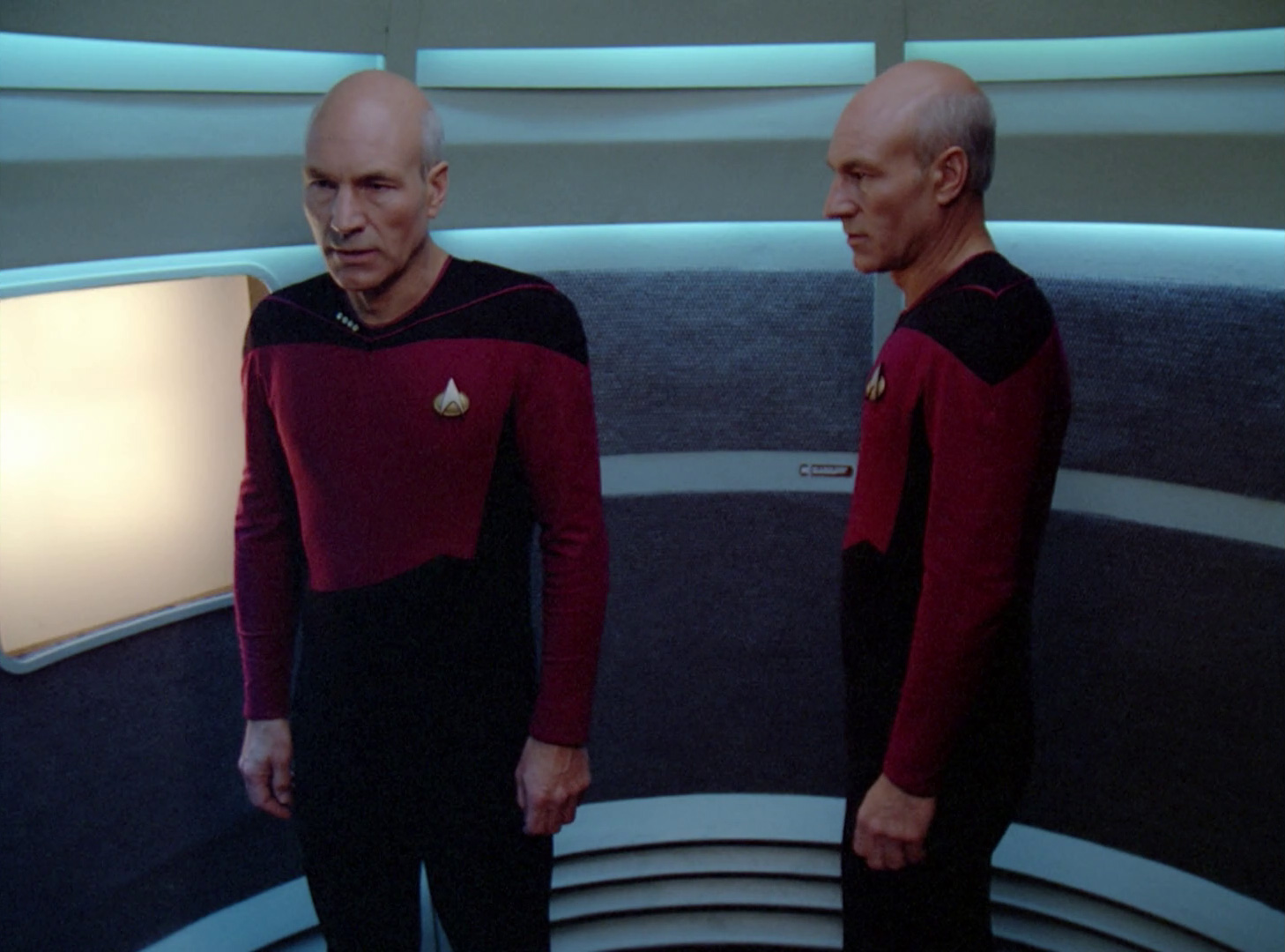 Picard encounters his future self, when the Enterprise becomes caught in a time loop.

Jack's Review
When I first saw this episode, I thought it was the best ever. After several viewings, I can say that it honestly doesn't make much sense. While still a very neat idea, there is too much left unexplained. The original idea was to have Q appear to be behind the anomaly, but Roddenberry didn't allow it for the story.