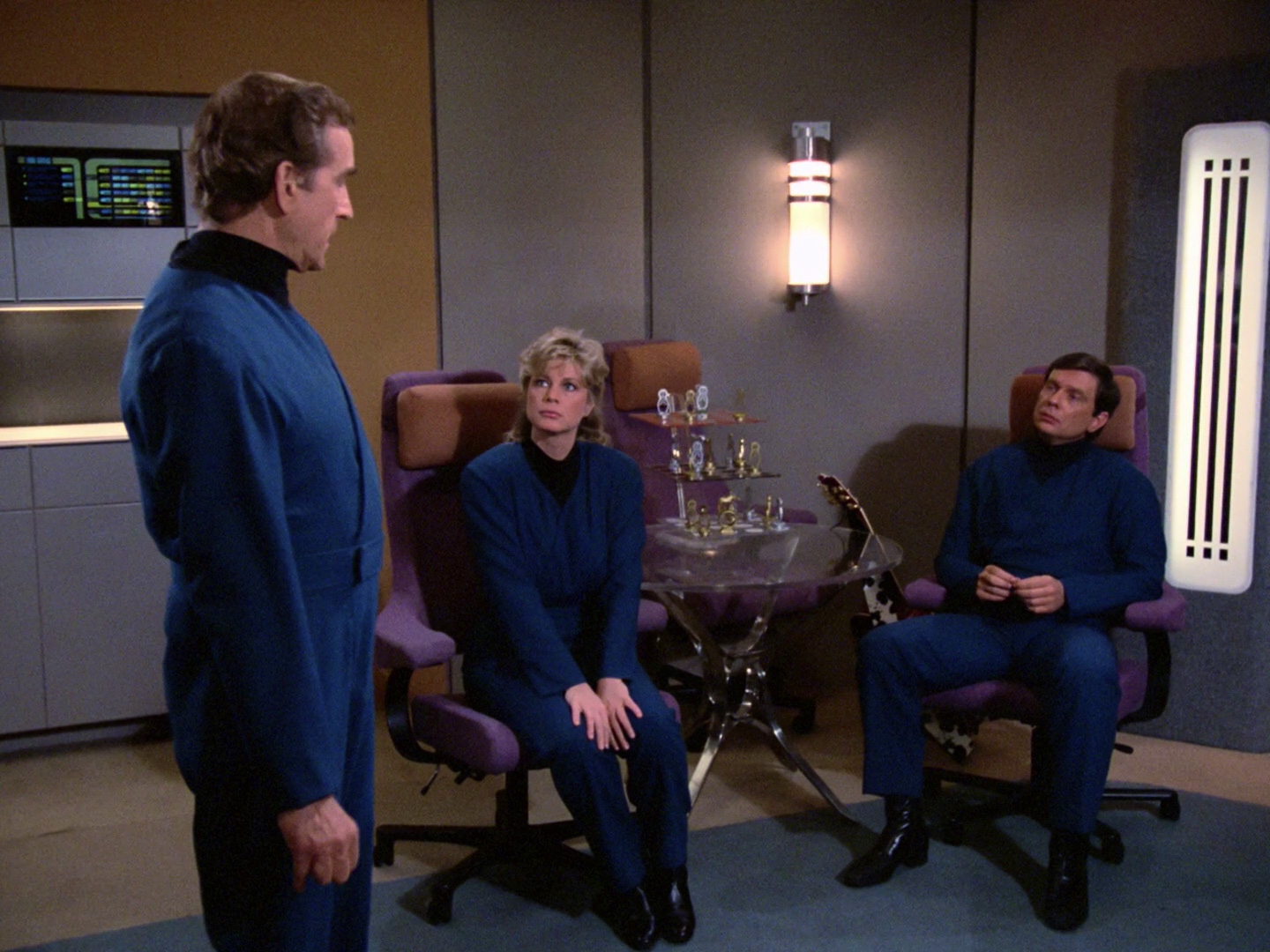 A derelict satellite is found containing cryonically frozen humans from the 20th century as the Enterprise is sent to investigate the destruction of outposts near Romulan space.

Jack's Review
I'll admit that this episode feels like two stories patched together. I will also admit that it is a really fun watch. The three folks from the past are terrific and their stories are easy to identify with. Overall, a fun end to the season. Leon Rippy's Clemonds character is so much fun that I really wish he would have shown up on other episodes of the series.