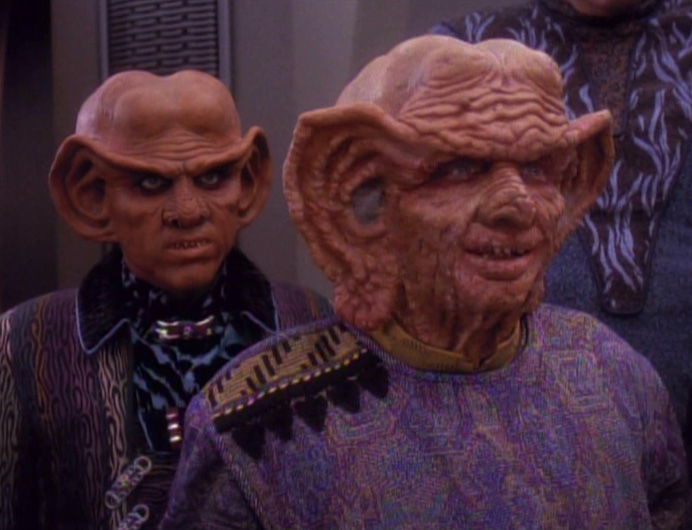 Quark discovers that Grand Nagus Zek has written a new virtuous and benevolent set of the Rules of Acquisition, which would put an end to the traditional Ferengi ways.

Jack's Review
Hilarious episode. I love Quark, Rom, and Zek. They play together so well - and Wallace Shawn's Zek is a riot!