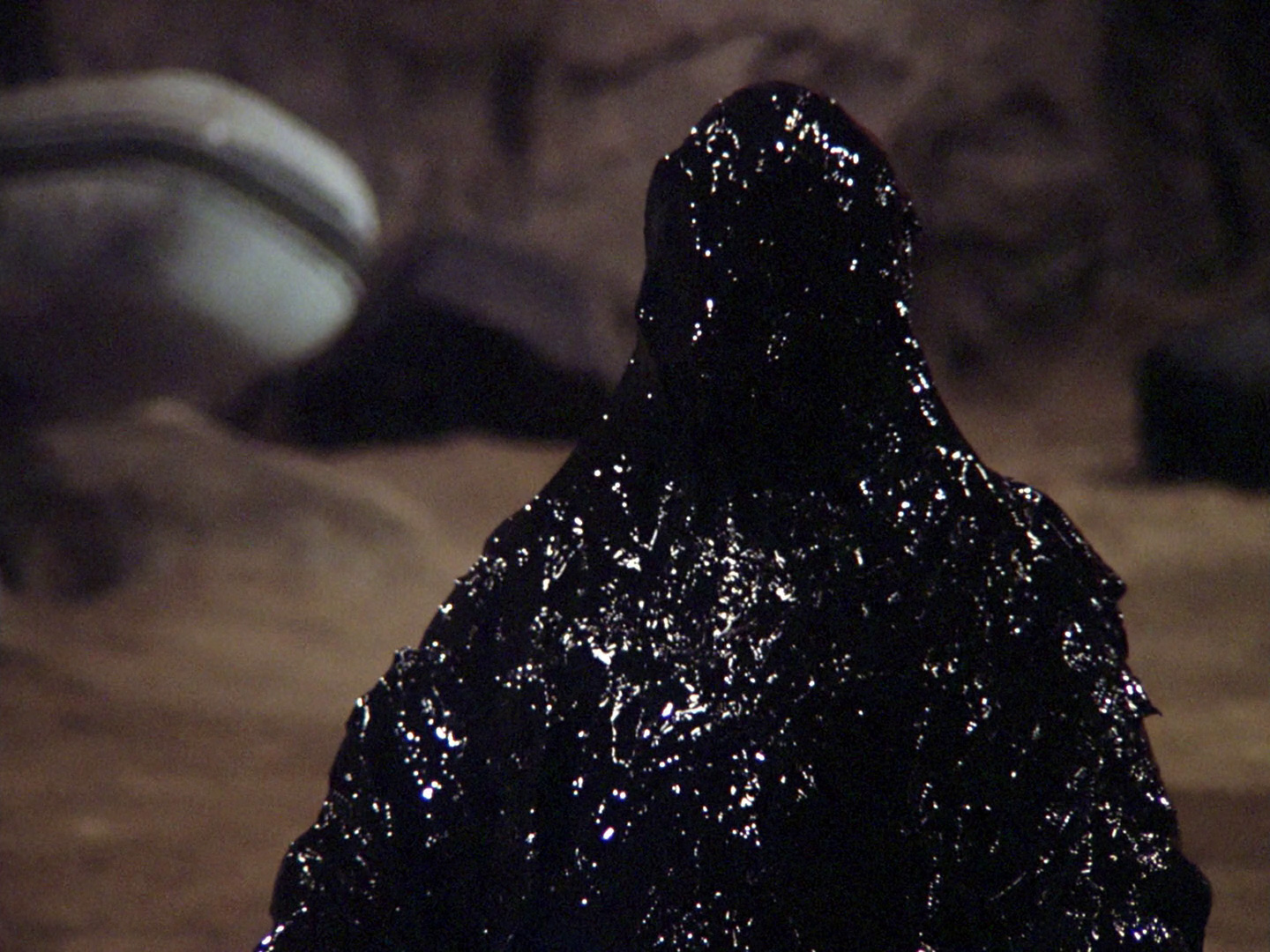 An evil, tar-like creature holds Troi hostage on an alien world. During a rescue mission, one of the Enterprise crew is killed.

Jack's Review
I never really warmed up to the Tasha Yar character until the end of this episode. The writers really never did get a handle on where they wanted to go with her character, and it still shows all these years later. I have to admit this episode chokes me up. And...personally, I always wonder what happened to Armus after the Enterprise torpedoed the shuttlecraft remains from orbit....I mean, he feeds on energy.