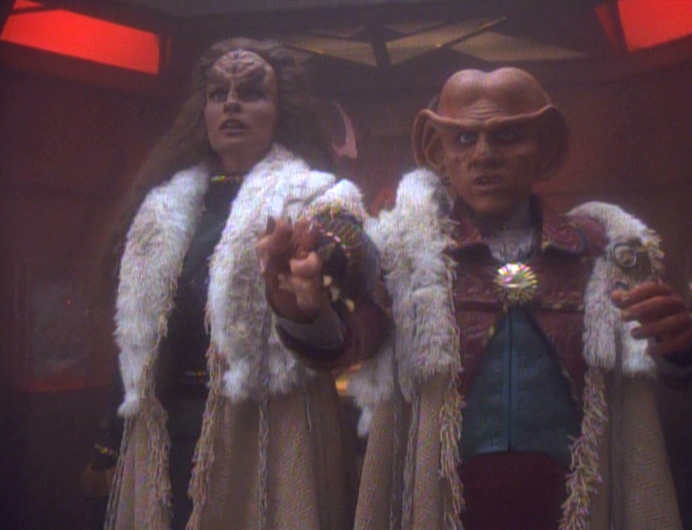 The House of Quark

Episode:303
The House of Quark

Quark lies about killing a Klingon, Kozak, and is then forced to marry the widow, Grilka, founding his own 'House of Quark'.

Jack's Review
An Emmy should go to Armin Shimerman for his constantly amazing portrayal of Quark. Great episode!