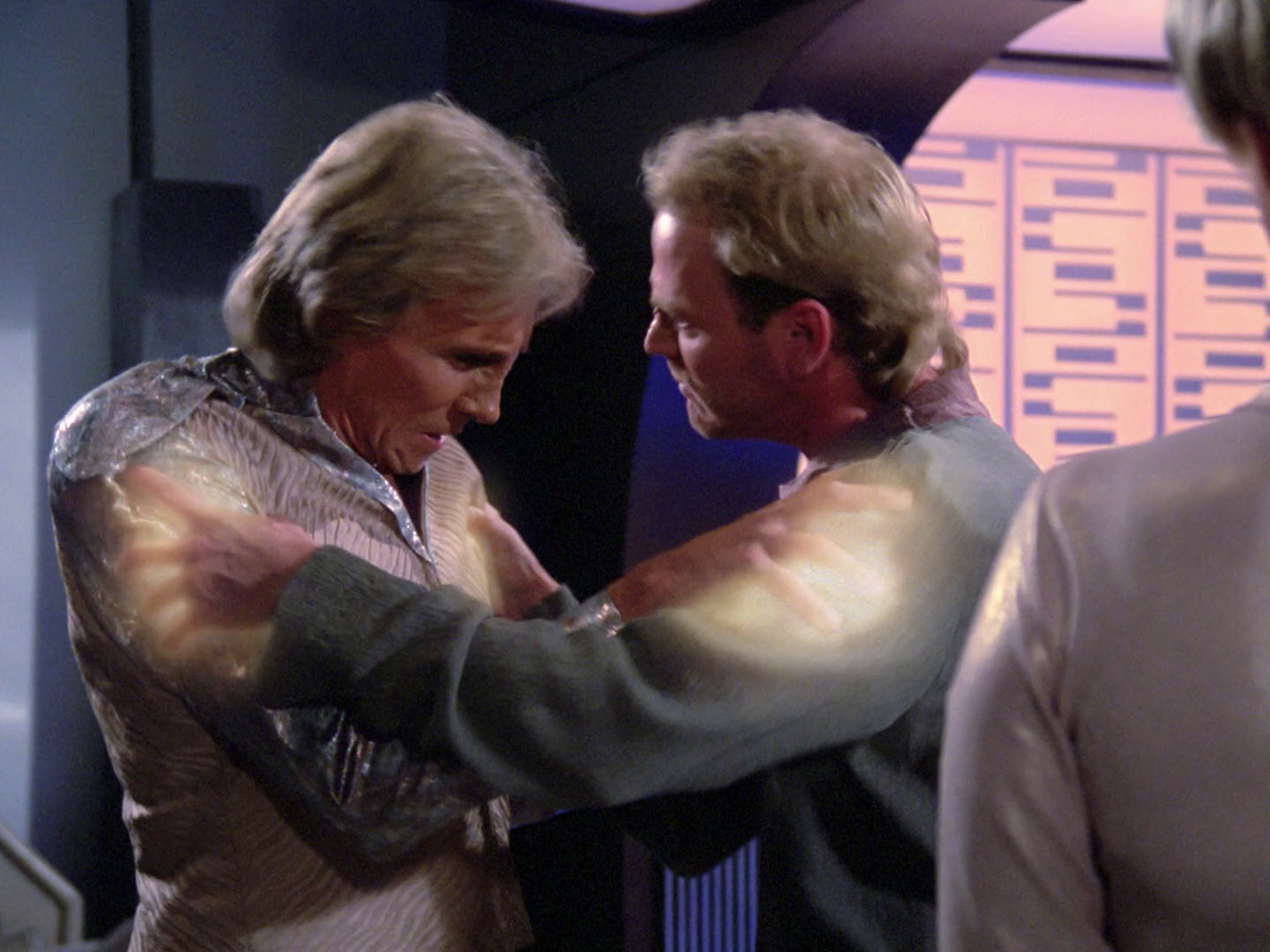 Picard tries to mediate a trade dispute between two neighboring planets, one of which is the sole supplier of a drug to treat the other's apparently fatal disease.

Jack's Review
How fun is this? We get David Marcus and Joachim from Wrath of Khan back in Trek and in the same episode! The episode is a tad preachy and melodramatic at times but the premise is sound and the story is well played out.