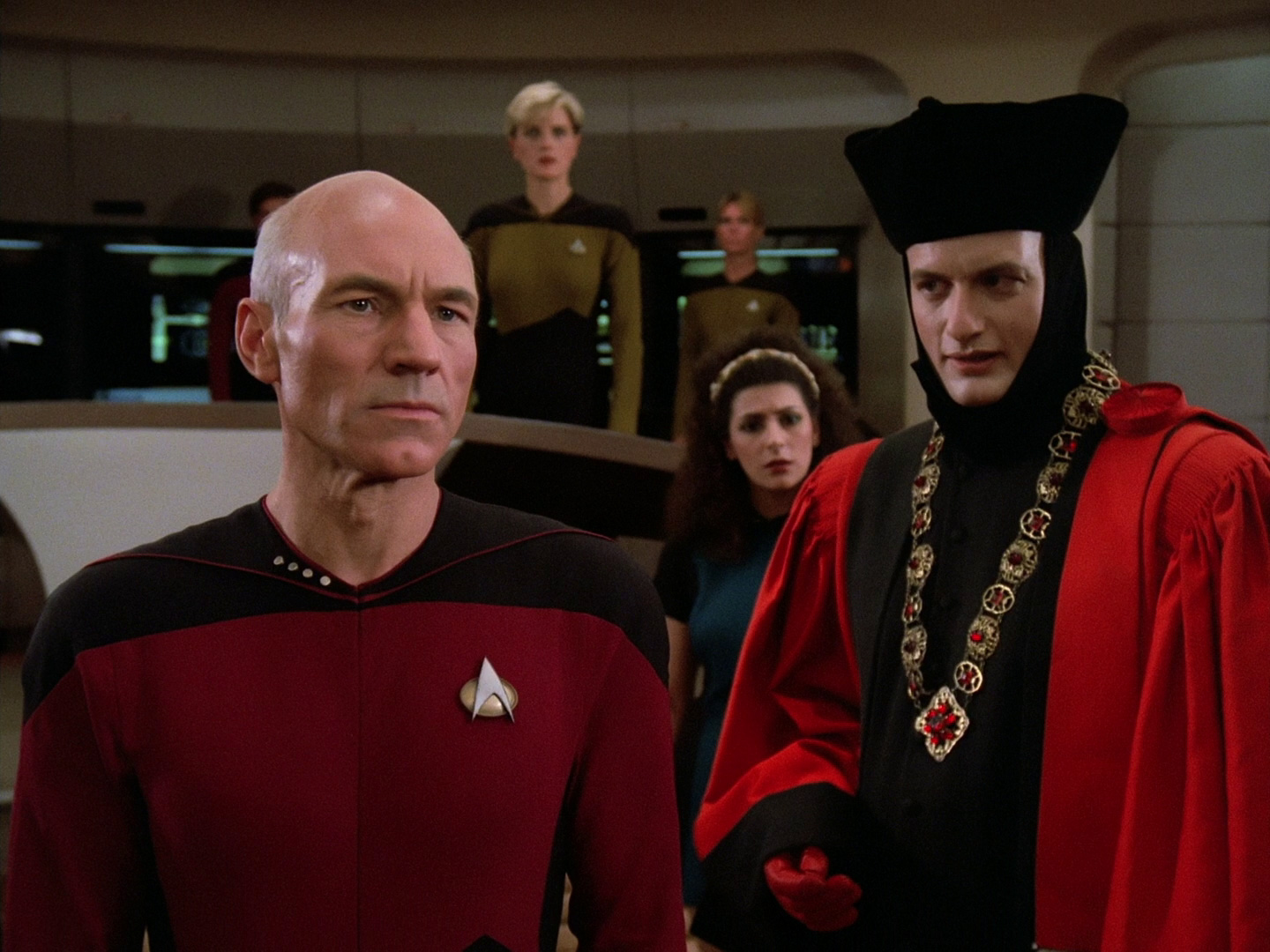 The new starship Enterprise begins its maiden voyage by uncovering the mysteries of an advanced space station. The crew's mission is threatened by an omnipotent being named Q, who puts them (and specifically, Captain Picard) on trial for the crimes of all humanity.

Jack's Review
Easily one of the best episodes of the first season, Farpoint is an instant classic. The episode feels a bit like the first issue of a comic book. It's obvious that the characters weren't fleshed out yet and there is a slight odd feel to the editing. Despite these issues, this is still one of my favorites.