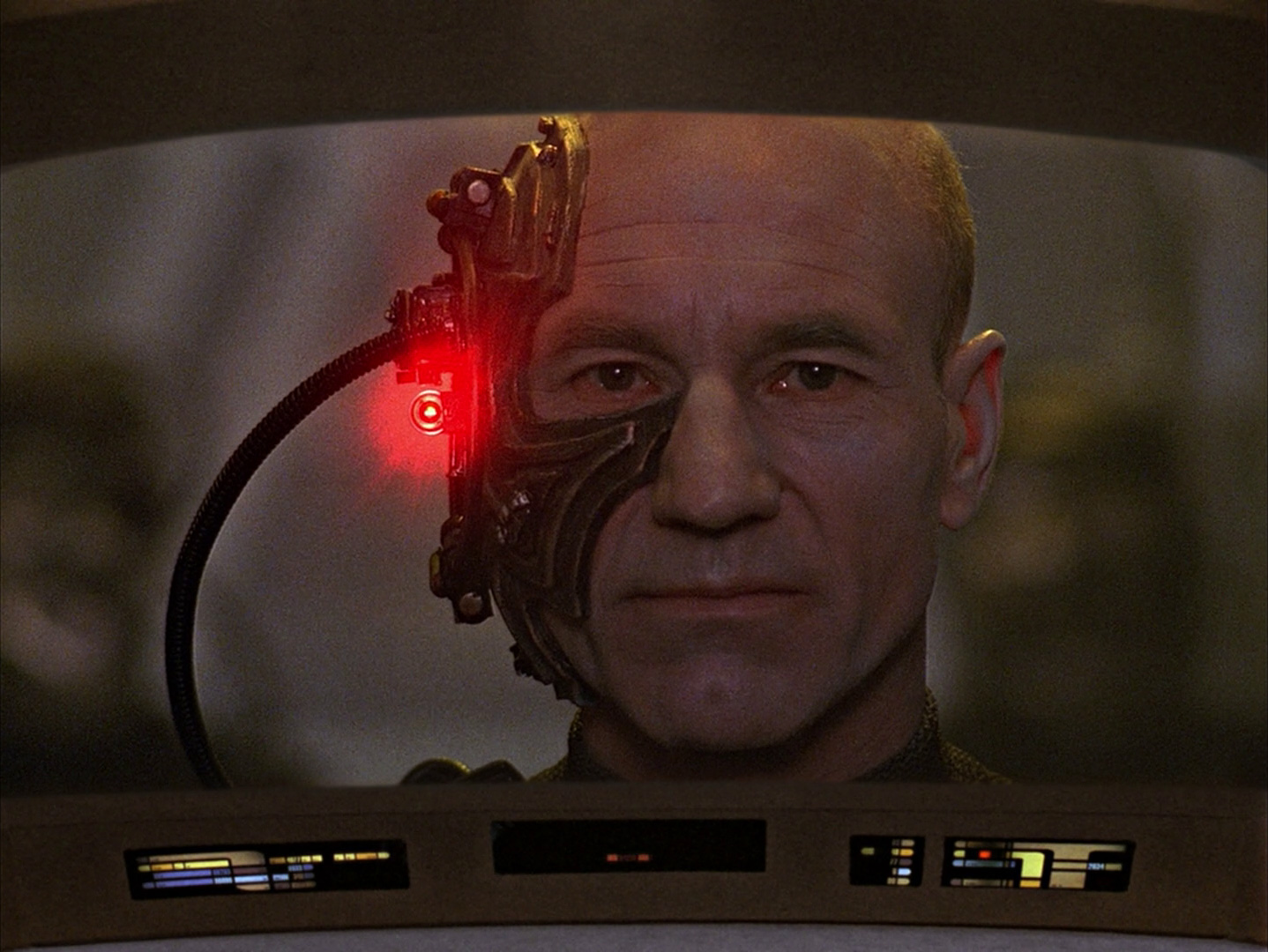 Picard is kidnapped by the Borg, who begin their invasion of Federation space.

Jack's Review
One of, if not the, most iconic Star Trek episodes in the entire franchise. This one moves The Borg to the top villan in the show while also starting the cliffhanger series endings we get each following season. I typically don't list this as a favorite but after several viewings it has moved into my must-watch episodes.